Manila, July 18, 2013– As part of the plan for sustainable development of its built environment, Singapore rolled out its second Green Building Masterplan in 2009, with focus on greening the large stock of existing buildings by 2030. Also, early this year, Singapore launched the Sustainable Blueprint under the Sustainable Singapore drive which aims to make the city a lively and livable one. This blueprint consists of strategies and initiatives needed for Singapore to achieve that goal and encourages individuals, companies and the government to all play their part.

At home, the government has also embarked on the Philippines Energy Efficiency Project (PEEP) under the Department of Energy (DOE). In partnership with Philippine Green Building Council (PHILGBC), DOE hopes to demonstrate the potential environmental benefits and financial savings through a series of energy efficiency efforts on commercial, residential and public projects.

“The PHILGBC was entrusted to carry, the National Voluntary Green Building Rating System for the Philippines, to provide for a recognition program, a green building rating system for the industry. We have upgraded the BERDE rating system with the Efficient Building Initiative of PEEP and came up with a more holistic program that is now becoming more responsive to different occupancy type and the different priorities we now have in the property sector,” said Mr. Christopher de la Cruz, CEO of PHILGBC.

As the region forges ahead with its green agenda, regional green shows like BEX Asia and its co-located events play an important role in providing the industry a platform to exchange ideas and technologies.

“[T]he development of the BERDE green building rating system for the Philippines, is harmonized with the work of other National Green Building Councils in the Asian region. As more eco-friendly buildings are built in Asia, use of natural resources are more efficient, green jobs are created, the shift to a greener economy is facilitated. We envision for Asia becoming the global hub for green building leadership, “ said Mr. de la Cruz.

“In line with our vision of “Transforming the Market,” the PHILGBC strongly advocates activities that help promote green building and sustainability. Through events such as the International Green Building Conference and BEX Asia Build Eco Expo happening in Singapore this September, the latest updates on green initiatives, products, technology, and innovation will be showcased not only to build awareness but to inspire local professionals, companies, and industries to come together to exchange ideas, experience, and expertise in this advocacy. By integrating and complementing the initiatives and programmes of various organizations and sectors in the region, we come closer to achieving Sustainability” added Mr. de la Cruz.

Mr. de la Cruz will be sharing Philippine’s green efforts and ideals at the International Green Building Conference (IGBC) this year, an event held in conjunction with BEX Asia 2013.

The green movement cannot be looked upon as independent efforts by individual countries or entities, Singapore in particular, has repeatedly highlighted the importance of Public Private Partnerships (PPP) for its green-city drive to gain greater momentum. A city can only be considered truly green if infrastructure in the form of residential, industrial and commercial buildings all consciously incorporate green elements into design and functionality.

“Since 2009, BEX Asia has taken the lead to drive the industry’s green movement by providing a platform for regional interaction,” said Ms. Louise Chua, Project Director of Reed Exhibitions which organises BEX Asia.

She added, “Through the provision of this platform which facilitates the exchange of technologies and ideas, we hope to be able to help propel the industry to its next stage and encourage companies to take a more integrated approach in terms of adopting green technologies and methods.”

As a key green show in the region that promises a diverse showcase of the latest green solutions for residential and commercial developments, it is imperative for BEX Asia to be always aware of the latest market trends. Noting an increase in demand for energy efficiency solutions, BEX Asia 2013 will see the Energy Efficiency Trail offer a comprehensive range of green solutions from green system software to Heating, Ventilation and Air-Conditioning (HVAC) systems.

In addition to the greater depth in the energy efficiency content this year, BEX Asia 2013 will also provide greater business opportunities and see new country participation from Japan. Japan External Trade Organisation (JETRO), a government-affiliated organisation, will be leading more than 15 Japanese companies to BEX Asia 2013 at the JETRO pavilion (Japan).

BEX Asia 2013 will be held in conjunction with the inaugural edition of the World Engineering Expo (WEE) 2013, World Engineers Summit (WES) 2013 and also the IGBC 2013, making it a truly holistic and all-encompassing green show.

While BEX Asia 2013 offers green solutions for residential and commercial properties, WEE focuses mainly on engineering services, consultancy and products, and WES touches on larger issues like infrastructure, industrial developments and climate change. Together, they complement each other to provide a comprehensive platform of thought leadership and practical architectural, design and engineering solutions for the industry in the region.
To be held between 11 and 13 September 2013 at the Marina Bay Sands Convention Centre, BEX Asia 2013 will see more than 300 international exhibitors come together, showcasing the largest range of green products in Southeast Asia.

Reed Exhibitions is the world’s leading events organizer, with over 500 events in 41 countries. In 2012 Reed brought together seven million active event participants from around the world generating billions of dollars in business. Today Reed events are held throughout the Americas, Europe, the Middle East, Asia Pacific and Africa and organized by 34 fully staffed offices. Reed Exhibitions serves 44 industry sectors with trade and consumer events and is part of the Reed Elsevier Group plc, a world-leading publisher and information provider. www.reedexpo.com

BEX Asia is Southeast Asia’s premier business platform for the green building and construction industry. It is a one-stop sourcing destination for cutting-edge products, innovative technologies and sustainable designs in building materials, energy efficiency systems, fittings and fixtures, and much more. It is an event that enhances your competitive edge in the world of Build Green. BEX Asia brings together skilled professionals, key industry practitioners, major specifiers and buyers from the region to build networks and create business opportunities, in support of the global trend to build greener communities for a greener future.
http://www.bex-asia.com/ 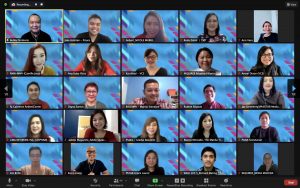 PANA kicks off PANAta Awards 2021 with a Virtual Media Launch

How can we work together?

Drop us an email, ring our office or follow us on social media.